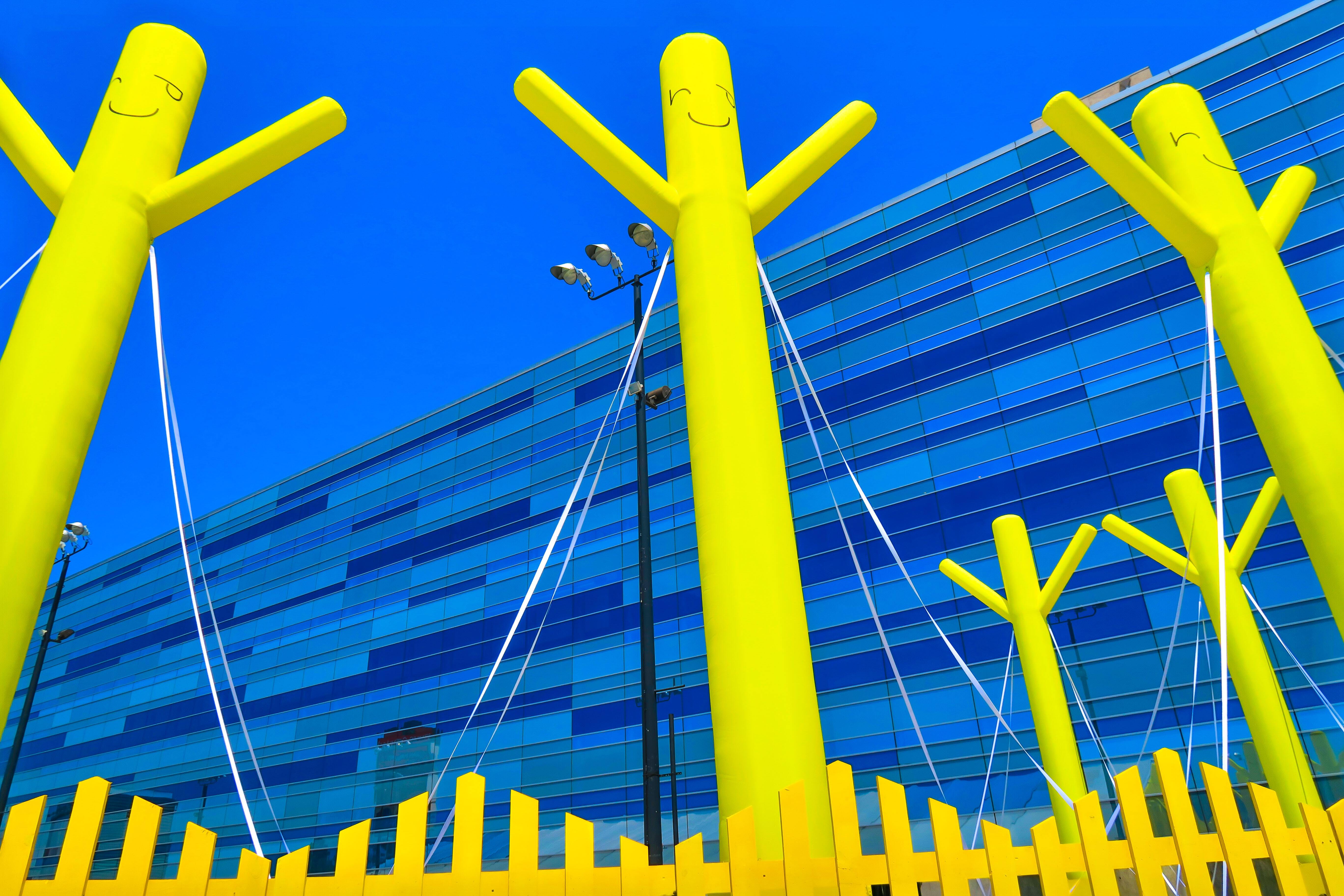 We’re jumping straight in so read our primer on DXPs if you need to refresh yourself on the basics.

An open DXP does not mean the solution is completely open source, it means only that an open architecture is embraced by the entire system. What do you get with open DXP:

Of the leading DXPs identified by the Gartner Magic Quadrant and the Forrester Wave, three arguably embrace at least at some level of an open platform: Liferay, Bloomreach, and Acquia.

Liferay is a leading portal management software platform based on an open source code base freely available to all. As a portal solution, Liferay is full-featured and has a proven track record, but it remains the most curious entrant in the Gartner Magic Quadrant for digital experience platforms.

Why? Keep in mind that a pivot from portal software (narrow use case) to a digital experience platform (broad use case) involves a stop for fuel in CMS territory and that this journey started hardly more than two years ago in 2017. Even with acquisitions, twenty-four months is scant time to execute two dramatic leaps forward: one to a robust web CMS and again for a DXP.

Starting many years ago as the open source enterprise CMS Hippo, Bloomreach partially embraces an open architecture (which is true of Liferay too). Bloomreach offers an open source foundation in the CMS, open APIs, and open data flow.

The main challenge with Bloomreach is that their open source strategy stalled through lack of engagement with the development community. Other more successful commercial open source platforms have been born out of the developer enthusiasm over the platform, whereas others, like Bloomreach, use a dual license open source / closed source model to try to capture all of the benefits of being open without being strongly culturally aligned with an open approach. This is like when a friend from out of town moves to your city and within a few weeks starts to act like they are a born and bred local. Short of a few decades of living there, that will feel disingenuous.

The last of the three open digital experience platforms, Acquia, is arguably the most enthusiastic devotee of an open architecture. The core product of Acquia, Drupal, is a popular enterprise open source content management system.

Acquia primarily provides a cloud infrastructure platform and personalization engine that enhances the core CMS, which is freely available. To fill a major gap in their DXP offering (campaign management), Acquia recently announced the acquisition of Mautic, a powerful marketing automation platform.

What is so illustrative about this acquisition is that Mautic is the only open source marketing platform on the market.

The leading closed DXP is unquestionably Adobe Experience Manager (AEM). At its core, AEM is a suite of tightly coupled digital experience components including analytics, personalization, data management, web CMS, commerce, and marketing automation. All but one of these platforms is closed source, and it remains to be seen if Adobe will embrace the community underpinning the one remaining open source component of the stack (Magento). The AEM product suite is the result of a series of acquisitions, culminating in the purchase of Marketo and Magento in the last 12 months.

For evidence of Adobe’s hostility to open frameworks, look no further than Adobe.com’s own page on headless CMS, “Deploying a CMS solution limited by headless architecture can lead to several roadblocks for IT and business users.”

The irony is that they are promoting their headless “capability” and then expressing a headless limitation which may be true only for AEM users (insert foot into mouth). But why would they want to be headless? Adobe is a company built on the success of feature-rich, locked-in, closed solutions like their smash hit Photoshop, which dominated the graphic design market for more than two decades. It makes sense, then, that as an organization they look to the attributes of some of their biggest successes (like Photoshop) and aim to replicate those with current strategic focuses, one of which is Adobe Experience Manager.

To be clear, AEM is a powerful stack, but a tightly coupled one. To understand the limitations of innovating in a tightly coupled environment, consider this tweaked version of an old saying heard in most IT departments in the 1990s that used lots of Microsoft stuff: You can do anything you want with Adobe Experience Manager as long as you do it the Adobe way. Indeed, there’s the right way, there's the wrong way, and there’s the Adobe way.

How Acquia stacks up

So how does an open DXP like Acquia stack up against the leading closed DXP? Let’s look at four key areas to find out: freedom to innovate, time to market, budgets, and future proofing.

Freedom to Innovate. While AEM does have APIs and does integrate with other non-Adobe platforms, there will never be an institutional priority to maximize the efficiency of using external solutions. Acquia’s embrace of open platforms means that from a roadmap perspective, they build in tools to make integrations easier, as that adds perceived institutional value to the product. As the complexity of the marketing technology ecosystem continues to escalate, closed systems like Adobe will become more costly to maintain as an organization.

Time to market. This also has a tremendous impact on time to market because regardless of the promise of AEM, what any digital marketing veteran will tell you is that all-in-one solutions inevitably accrue many integrations over time with external systems that are mission critical. And it is the ease—or lack thereof—with which these platforms can be connected to that greatly impact developer velocity (another phrase for time to market). The reality is that the implementation level of effort for the same project on AEM will frequently be half as much (or even less) when using Acquia. If Acquia is half the effort as AEM at the start of a project, imagine how much more effort AEM requires over the life of a project.

Budget. As many have noted or experienced themselves, when compared on price, Acquia and AEM operate at two different implementation budget levels: Acquia rarely breaks $500,000 and AEM often breaks a million. Why? There are several reasons. Because Acquia’s product, Drupal is open source, every organization adopting the technology is able to leverage for free a huge ecosystem of contributed functionality by past users. This is how open wins on time to market - Acquia is simply less of a lift on day one and over time. This is why you see open source companies like Red Hat get acquired for billions of dollars. Free, it turns out, is worth quite a lot of money.

Organizations tend to obtain additional cost savings by using a collection not of best-of-breed but best-for-them, regardless of the cost. Some of those aren’t market leading platforms, and thus are cheaper, but they provide real value to the organizations adopting them. Because AEM assumes you will use—and pay for—their suite of tools you have fewer opportunities to maximize your return on capital.

Future proofing. The future is unknowable which makes it damn hard to predict, but open platforms tend to make future proofing easier because they make fewer assumptions about what the future looks like. With few assumptions and an agile platform, an organization has the foundation they need to deal with whatever may come. And I can promise you wild challenges will come, and they will be interesting.

A great example of commitment to this in action is Acquia’s early embrace to an API-first architecture. Without knowing what changes were coming on the front end experience technology layer, years ago Acquia made a decision to make Drupal entirely API-first. This deliberate decision made it easy for the platform itself to be disrupted by some kind of front end technology in the future, without having to know any details of what that form that might take.

Wish we would have thought of that

You can map out plans to double down on your strengths and mitigate your weaknesses. But plans change quite frequently these days and the only way to avoid being picked off at first base but still have a chance at stealing second base is to stay centered, keep your eye on the pitcher, and adapt to whatever direction the ball gets thrown.