Should You Jump Ship Before Drupal 9? 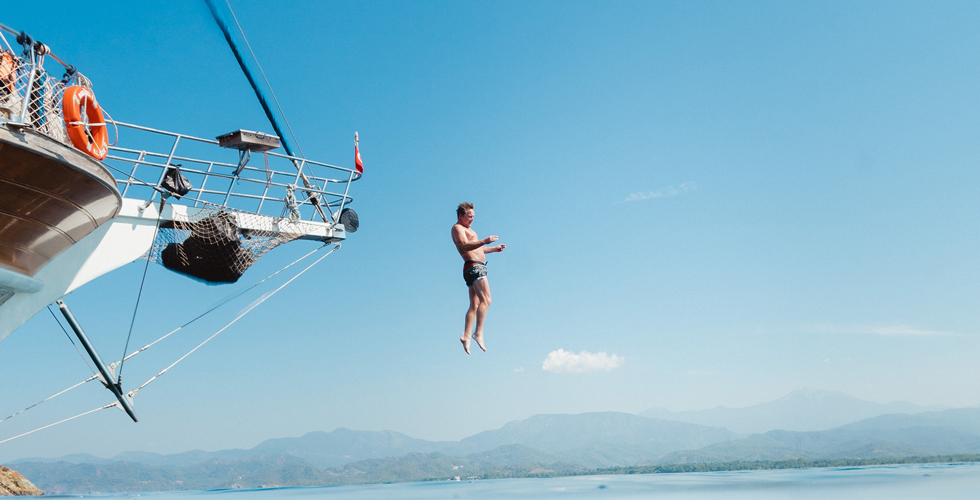 If you listen carefully, you can hear conversations about D8 and D9 migrations starting to pick up in conference rooms around the world. Because of the horror stories of migrating to Drupal 8, you just might be considering other CMS options to finally rid yourself of the upgrade pains every few years. We hear your concerns but we can promise you this: now is the absolute worst time to jump ship to another CMS.

We’ve reached a remarkable point in Drupal’s evolution: the Achilles heel (upgrades that require major efforts) will be repaired with the release of Drupal 9. That means once you make it to Drupal 8, everything is going to be a hell of a lot easier for you.

“Once you make it to Drupal 8, everything is going to be a hell of a lot easier for you. ”

We’ll do our best to address each of the major concerns below or you can skip straight to our Drupal 9 readiness guide to see the major differences between D8 and D9 and what the upgrade process will look like.

Concern #1: Upgrading to Drupal 8 requires too much effort

There is no disputing the fact that D7 to D8 is a major lift, and that for certain sites that lift may be equal to a move to another CMS. But you need to focus on the future here.

The upgrade to Drupal 8 is the last hard Drupal upgrade. Think about what upgrades will be like with Drupal versions 9, 10, 11, and 12, and beyond. By investing in Drupal 8, you are saving a terrific amount of effort on all of those future upgrades.

Concern #2: If Drupal 8 wasn’t ready on release, why will Drupal 9 be any different?

Many folks have pointed out that not every module has a stable release for Drupal 8. This often-cited, unofficial version status tracker spreadsheet shows that 60% of all Drupal 7 modules are ready for D8. As we near the four year anniversary of 8’s release that number is not very impressive. But it’s also deceptive.

The latest version of Drupal 8 is a different CMS than previous versions, so you don’t use the same modules nor do things in exactly the same way in a Drupal 8 site compared to D7. Indeed, I can tell you from experience that replicating how you did everything in a Drupal 7 site in Drupal 8 and not taking the time to think through how to build better workflows is a quick path to project failure.

What matters is that major modules are ready in Drupal 8, and they are: A scan of the 25 most popular modules in Drupal shows they either have stable releases for Drupal 8, were moved into Drupal 8 core (even better!), or have alternative (read: better) approaches in Drupal using different modules. If a module is ready for Drupal 8, it’s probably either already ready for Drupal 9 or needs just a simple one to two-line code change to be compatible. Yes, it’s often that easy.

The bottom line is that yes, numerically, not all modules in Drupal 7 are ready for Drupal 8, but the modules you actually need are likely ready to rock.

A common concern raised about upgrading to Drupal 7 is that development is harder on Drupal 8 than 7. Developers will often point out complexities and frustrations with managing configuration, integrating Composer into their workflow, and confusion over API changes.

The essential complaint here is that to move to Drupal 8 requires relearning Drupal itself. Yes, Drupal 8 is pretty different than 7 and does involve learning new APIs and ways of building site functionality. But that relearning ends with Drupal 8. Drupal 9 leverages the same APIs, approaches, best practices, and technical architecture that Drupal 8 proved are rock solid. All that learning pays it forward for years of Drupal development on many versions to come.

A common concern heard from higher education users—with their need to run hundreds of sites for departments, divisions, institutes, and research groups—is that their existing fleet of a hundred Drupal 7 sites is easier to manage than the few Drupal 8 sites they have in production.

The reality is that Drupal 8 is not more difficult to develop, but it is, well, and please pardon the bad grammar, more different.

Mastering a software platform is a very satisfying (not to mention dangerous as it breeds complacency) place to be as an engineer as you get to show off your fluency every damn day. You start to consider that you are someone that really knows Drupal, and then you dive into Drupal 8 and nothing makes sense and that offends your sense of self-worth. (I should know, I was very guilty of this myself when Drupal 8 was released.)

What we all forgot is that Drupal 7 felt just as foreign when we first started using it, whether we were coming from Drupal 6, WordPress, Perl, or something else. The reality is that if you decide to abandon Drupal because you feel the D8 developer learning curve is too high, you are in for a surprise as your team will need more time to learn the new CMS.

And what about those concerns from higher education users that run many sites? Well, if you feel one Drupal 8 site is hard you are going to, in your mind, multiply that times the number of sites you have to maintain so of course you would consider a move to D8 a catastrophe. What you should consider is that learning curves are temporary and many great solutions exist for running large numbers of Drupal sites, like Acquia Site Factory.

Concern #4: Drupal is in a death spiral

This is always an odd one for us to hear because the Drupal ecosystem is hardly dying, it’s thriving.

By adopting Drupal 8, you are also joining a growing number of medium and large organizations that are taking advantage of this value. BuiltWith has some of the most reliable usage data around, and you can see robust growth among the top 100,000 sites on the Internet. And as Dries points out in his annual analysis of who commits to Drupal, both the number of overall contributors has grown and the number of organizations contributing has set a new record.

The market continues to validate Drupal 8 as a solid choice.

If you jump ship, where will you go?

If you jump ship, what other CMS can do what Drupal do?

If you want to simplify and go the WordPress route, you’ll have an easier editorial user experience. But what about if you also need multilingual functionality, host logged-in experiences for customers or prospects, have lots of structured content, want a platform to build more complex multilayered digital engagement experiences, or run an ecosystem of not just the main brand site but other microsites? You're going to hit a ceiling.

AEM has a robust content editing experience and a full-featured digital experience stack, but the price doesn’t justify the value—especially when you consider that a “massive” Drupal project is $500-750k and that same budget (read: timeline) is at least doubled if you go the AEM route.

Remember that you won’t find what Drupal offers with other players.

If you’re doing your due diligence on what other CMS platforms might be a better fit for your team, good for you for thinking through a major decision. But the ocean isn’t always blue-er on the other side of the ship. Consider reading these articles before you walk the plank.

The Truth About Whether to Make Your Nonprofit Drupal Website Headless

The Truth About Whether to Make Your Nonprofit Drupal Website Headless